Frame circuit breaker is also called universal circuit breaker. All its parts are installed in an insulated metal frame, which is usually open. It can be equipped with a variety of accessories. It is convenient to replace contacts and components, and is mostly used in the main switch at the power end. There are electromagnetic, electronic and intelligent over-current release. The circuit breaker has four sections of protection: long delay, short delay, instantaneous and ground fault. The setting value of each protection is adjusted within a certain range according to its shell level.
The frame circuit breaker is applicable to the distribution network with AC 50Hz, rated voltage of 380V and 660V, and rated current of 200a-6300a. It is mainly used to distribute electric energy and protect lines and power supply equipment from overload, undervoltage, short circuit, single-phase grounding and other faults. The circuit breaker has multiple intelligent protection functions and can achieve selective protection. Under normal conditions, it can be used for infrequent line switching. The circuit breaker below 1250A can be used to protect the overload and short circuit of the motor in the network with AC 50Hz voltage of 380V.
The frame type circuit breaker is also often applied to the outgoing line main switch, bus tie switch, large capacity feeder switch and large motor control switch on the 400V side of the transformer.

Our Yuye brand frame circuit breaker has covered all rated currents, up to 6300A, and has passed CQC certification 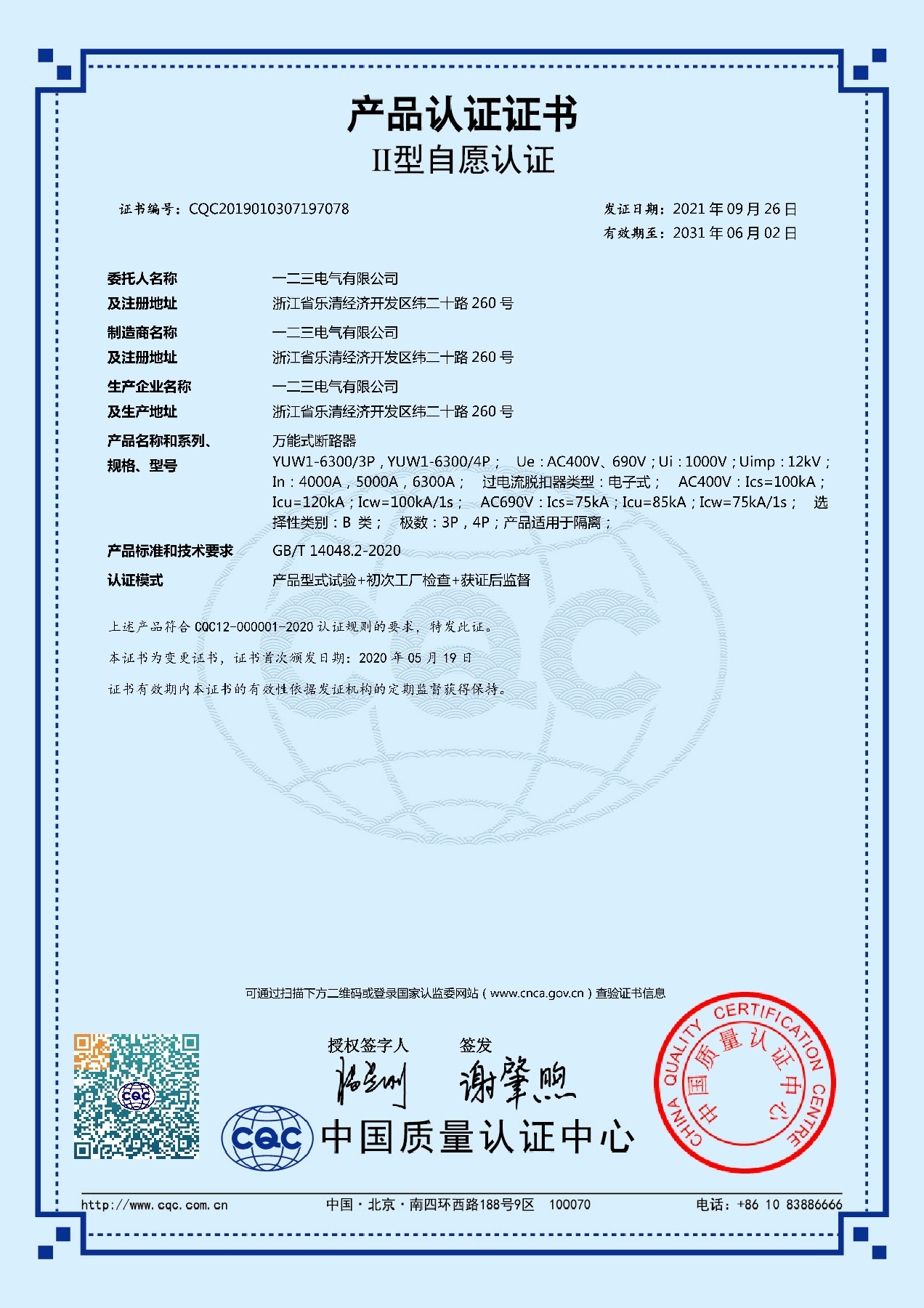 The rated operating voltage refers to the nominal voltage of the circuit breaker, which can operate continuously under the specified normal use and performance conditions.
China stipulates that the maximum working voltage is 1.15 times of the rated voltage of the system at the voltage level of 220kV and below; The voltage level of 330kV and above is 1.1 times of the rated voltage as the highest working voltage. The circuit breaker can maintain insulation under the highest operating voltage of the system, and can make and break according to the specified conditions.

The short-circuit tripping relay (instantaneous or short delay) is used to quickly trip the circuit breaker when high fault current occurs, and its tripping threshold is im.